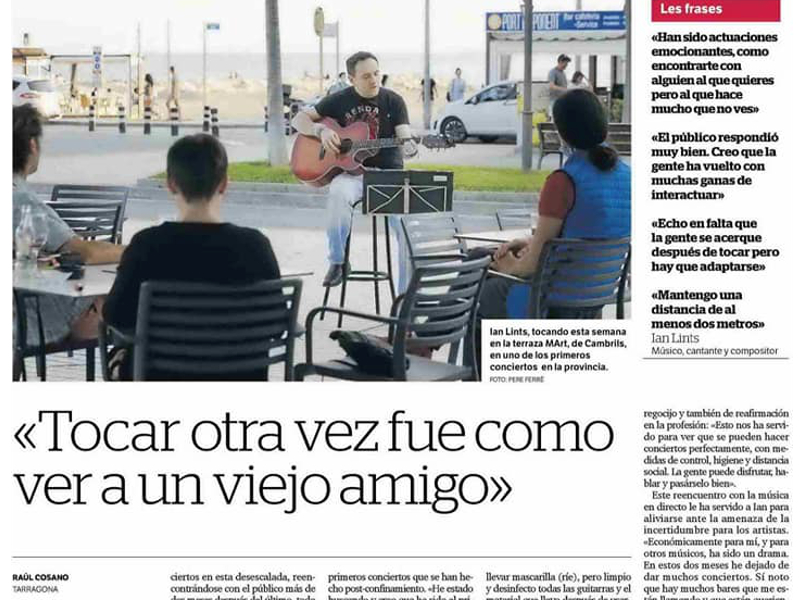 Well, after three months with everybody confined in home as a kind of global nightmare, two weeks ago I was the first one to coming back playing live shows in my area. And it seems that I was the first one playing in Spain too after this pandemic.
Small shows, with all the social distance and following the legal rules about the (four letter word) virus. But it was great to feel the love and the warm of the people in a gig again, singing and fighting as a brave ones against the curse with good mood and great vibes.
Seriously, in the newspaper they said that nobody else was playing before. Not in Spain, Not in France, not in Germany. I don’t know if in other countries neither. And I think it’s too much responsability for a musician playing alone and without a band after all this events. Gosh!
Well, for the first time in my life one of my gigs was first than the great Springsteen. I think that I can start to feel me lucky! That’s a lot for a non famous yet, half irish-one living in Spain.
Thanks to all!!
Love
Ian